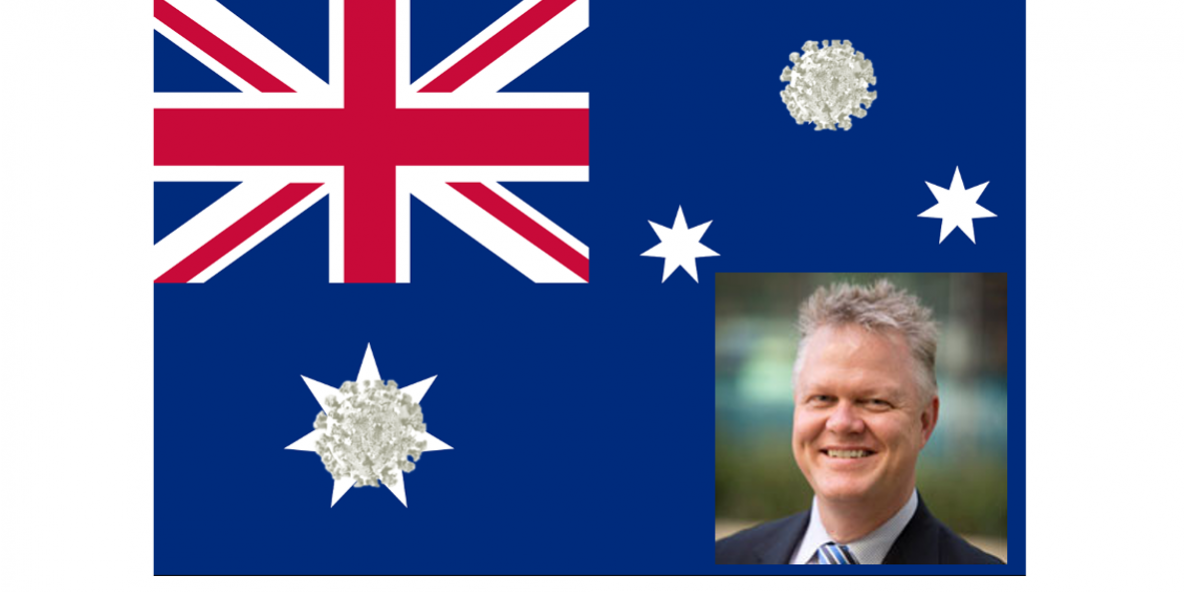 In a world that not long ago appeared to be on a relentless trajectory towards globalisation, harmonisation and integration, the response to SARS CoV-2 in many respects exceeds even the most unanticipated political and economic shifts preceding its outbreak.

A pandemic of this scale presents new challenges to an Australia that prior to changes in European Union membership saw its future clearly defined by relationships within its own Asia-Pacific region.  With a trade surplus of $A 4.3 billion in February 2020 (down from close to $A 8 billion six months prior), Australia has an economic dependence upon China for its economic power, exemplified by 30 years of avoiding economic recession.

Whilst Australia is prepared to stand up against China politically and militarily, there is always a high degree of sensitivity and pragmatism in the relationship between the two nations, and a genuine sense of connection and friendship.  A side-effect of this connectedness enabled the entry of SARS-CoV-2 into Australia.  How this relationship will be sustained in the aftermath of the Coronavirus crisis remains to be seen.

Having been spared significant impact from the H5N1 pandemic (and to a far greater extent, Ebola and Zika), Australia in many respects benefits from its geographic isolation.  SARS-CoV-2 appeared in Australia during late January 2020, carried by passengers on direct air connections between Wuhan and Sydney.  A relatively low-key and selective response ensued, limited to screening of passengers from selected points of origin at Sydney Airport.  Meanwhile, isolated diagnoses of the Coronavirus were beginning to be detected across the nation.

The initial response of the Australian Government and national health authorities was to place restrictions upon entry to the country by foreign nationals travelling to Australia from China.  This tactic proved flawed in that such foreign nationals could circumvent this process by transiting via a third country.  Ironically this very soon became procedure – foreigners travelling to Australia from China were required to spend a 14-day period in a third country before entry was permitted.  Another initiative was the opening of Australia’s offshore detention facilities usually utilised to accommodate illegal immigrants as isolated quarantine centres.  Any activity at these facilities is highly sensitive in Australian society, as this historically generates discord between national values of welcoming foreigners and assisting those in need with a contrary desire to protect sovereignty and control borders.

From this point, the general situation escalated in a manner not dissimilar to Germany and most western nations.  A key topic of debate revolved around the testing regime for COVID-19; Singapore’s response of testing and isolation was regarded by many observers – both learned and lay – as exemplar of best practice.  Having been exposed early to a colleague testing positive for COVID-19, my personal experience was that testing was regarded as unnecessary by health authorities (at least, in the state of Victoria) unless symptoms were displayed.  This policy effectively denied the asymptomatic nature of the virus.  Liberalisation of criteria has since led to over 431,000 tests being conducted across Australia, revealing a 1.5% positive result.

The essentially voluntary nature of self-isolation was also questioned by many.  In a country where rejecting authority is a cultural trait more obvious than in Germany, it is a credit to our nation’s people that they responded to the call of the nation’s political leaders and healthcare experts to stay at home, isolate and practice social distancing.

Another unprecedented occurrence was the closing of borders between states.  Australia, like Germany, is a federation with free trade and movement between states enshrined in its constitution.  I remain surprised at the total absence of any backlash against these closures and an apparent lack of political commentary, particularly given the existence of various cross-border communities where harmonisation of differing state laws and regulations has been a long-term objective and sustained success like cross-border employment patterns in the EU.  Again, the need for such decisive action appears to be understood and accepted by people not known for such compliance.  This same federalism has however led to divergence between the Commonwealth Government and those of the states – and between state governments – on matters such as the dimensions of lockdowns, operation of schools and in a particularly damaging instance, the uncontrolled assimilation into society of passengers from a COVID-19 hotspot cruise vessel.

Throughout the southern hemisphere summer, Australia grappled with responding to the natural disaster of bushfires at an unprecedented level requiring the full commitment of emergency services and a callout of the Australian Army’s general reserve.  In some respects, these prior events may have psychologically conditioned Australia’s people to dealing with large scale disasters that are now somewhat forgotten despite their magnitude and impact given the present situation.

As I write (20 April), a total of 6,619 cases of COVID-19 have been reported in Australia[1] compared to 139,897 in Germany[2] (acknowledging the Federal Republic’s population is over three-times that of Australia).  Germany’s fatality figure of 4,294 however dwarfs that of Australia’s 71 deaths attributed to COVID-19.  Such a low death rate creates its own issues, particularly in debate evaluating economic consequences against the value of human life.  It is assuring that many of the nation’s business leaders have affirmed the need to get the healthcare response right, ahead of economic considerations.

Economically, Australia’s Liberal/National coalition government is ideologically committed to financial prudence and reestablishing a budgetary surplus, reducing national debt and lowering personal income tax contributions [3].  Paradoxically, its response to the crisis is without precedence in terms of generosity with income and social protection measures belying a previous reluctance to heed a popular call for increased rates of unemployment payments to something approaching a realistic level.  The consequences of this socially responsible action cannot be fully determined at this point, however any alternatives to a long-term budgetary deficit and an economic recession appear highly unlikely.

A further paradox is the support of the centre-left major opposition party to bailing out Australia’s beleaguered privately-owned airlines.  Unlike Germany with its superb rail network, the tyranny of distance in Australia creates a dependence upon its air carriers with the Sydney-Melbourne air corridor being the third busiest in the world[4].  Perhaps disappointing is the emerging competition between two state governments to provide financial assistance to the nation’s second biggest airline, dependent upon attracting or retaining its corporate headquarters and operating base in their respective capital cities.

At this point the ‘flattening of the curve’ appears achieved, and discussion is turning to recovery.  Before this can be contemplated, the consequences of any relaxation of restrictive measures needs to be understood, accepting that like Singapore’s initial success, Australia’s good work to date can easily be undone by premature self-congratulation.

My sincere hope is that the kindness, compassion and consideration shown by the majority of Australia’s citizens and residents continues after this crisis resolved, sustaining a compassionate and caring society into the future.  I also hope that the World Health Organization gains the respect it deserves for its leadership and guidance throughout this pandemic.  Inspired by collaboration such as that engendered by Think Global Health and the Berlin Institute of Global Health, I look forward to the intellectual capacity of countries such as Australia and Germany working in partnership to deliver both a vaccine and ongoing public health policy reform eliminating future pandemics.

Clint Rodgers is a professional marketing, communications and stakeholder relations director operating in the biosciences, healthcare and education spheres.  He currently leads the marketing and communications function for Australia’s lead institution in the mathematical sciences.  Clint makes no claim to be an academic, researcher or clinician but considers himself privileged to work alongside global leaders in these disciplines as former adjunct Marketing Director for the M8 Alliance of Academic Health Centers, Universities and National Academies, and as a nine-time delegate at the World Health Summit.

The promise and perils of future health technology
25. Januar 2023

Intercultural health: what we overlook in health care for indigenous peoples. Reflections from Peru
6. September 2022